Ok I’m back from a two week break from Tufxp and I notice there have been no daily updates from the tufxp team either so it seems they have had a holiday too. I’d be interested to hear from anyone that traded over this period using my method to see how it faired.

There was a software update when I loaded up TESS this morning and I noticed that it doesn’t download the data or whatever it was doing before that took ages to load, so it now loads very quickly which is good.

There was a qualifying trade on the GBPUSD this morning. Too early for me unfortunately but it looks like a nice 50 pips profit for those that got it: 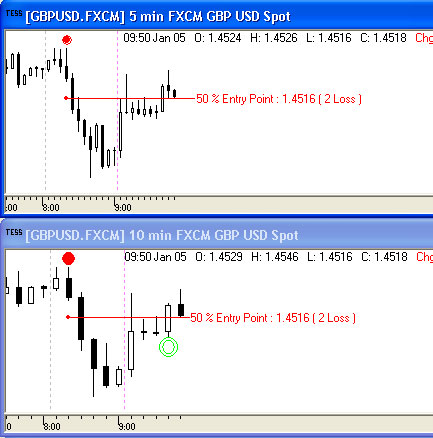 I did get in on a trade later in the morning but got stopped out at breakeven: 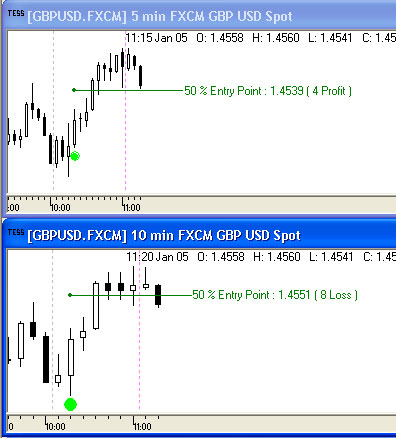