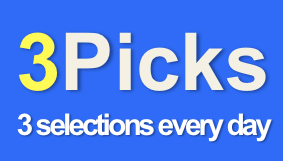 This is a trixie service which covers football, horse racing, tennis, darts and snooker and potentially other sports too. There’s one trixie a day, prices are usually around the evens mark, so a successful trixie makes around 16 points profit. Obviously there are 4 points outlay a day and going on what we’ve seen so far where all 4 points are lost (0 or 1 win), it probably needs 4 trixies up a month to make a profit.

A fifteen point loss would normally be an automatic fail, but I think it would be a mistake to simply consign this service to Room 101. At the same time, I can’t approve it but I think a neutral rating is a fair assessment, because I can definitely see the potential.

First up, the official result will be better than -15 points because they record BOG and obviously the prices at the time they send out the tips. I don’t record BOG because it isn’t available to everybody, including me. I also have to say I have my reservations about a service which demands three bets a day (occasionally there are no bets). Some days you may only have two and the third has less conviction. Other days you may have four super bets. Nevertheless, I get the idea of a daily trixie. If your average price is more than evens, two wins = profit. And three wins can pay for a lot of losses. As it happens, more than half the trixies in the trial showed returns. One more trixie up would have put this in profit, and I think they will be disappointed to only make six trixies in the trial period.

The sports bets are largely football and horse racing, with a few snooker, tennis and darts bets thrown in. Interestingly, straight back stakes on the horse racing bets only would have made over 28 points profit, quite a bit more for those able to get on BOG.

I know it’s not my place to criticise the actual bets but three times we had England games to finish over 2.5 goals (Slovenia, Lithuania and Germany). Have they actually watched England recently?! Had those three been UNDER 2.5 goals we would have had three more trixies up and this would have been a recommended service.

The headline figures are:

*This is an impressive return in anyone’s book.

I do think one of my blogger colleagues at Cash Master should perhaps revisit this service some time in 2018. I feel they are onto something and a bit of ironing out could change the fortunes for the better.