Time for an update on my experience with the KIP betting bot.

Just to remind you what this bot does: 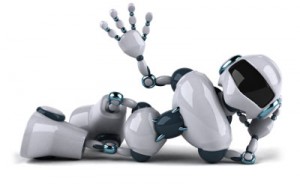 – It makes the selections and places the bets (selections are not loaded from some tipster on a server, the systems are within the software and it works them out each day)

– It can be left running for days and weeks

So how have I got on with it?

I started at the beginning of June, on the recommended staking plan, betting at £1 a bet. This is Lay betting so I won 95p on a winning bet, after commission.

There is an optional progressive staking plan included whereby stakes are increased to recover losses but rather than straight on the next bet, the bets are automatically spread over 8 cycles, the idea I’m guessing is that a run of losses is split up rather than mounting up. Of course this doesn’t guarantee stakes don’t increase as you might get unlucky with the losing bets hitting the same cycle.

Personally I hate progressive staking with Lay betting as it only takes two or three losing bets to set you back weeks, if not months, of profit.

So I ran with only £1 stakes on a progression of two bets but had losing bets of £16 and even £49 on one day, which obviously means over 50 bets to win that back.

Fortunately most of the time I had winners and long lists of £1 wins and by 7th July had won £23.93

On the 8th July I decided to knock the progressive staking on the head and try out just level staking. The bot seems to have a really high strike rate so I don’t see the need to go for recovery betting anyway.

So with increased confidence I increased my stake to £10 level stakes and between 26th July and 24th August, the bot made me a profit of £386.50.

And I was away on holiday for nearly three weeks with very limited internet access so I couldn’t even check the bot which I had running on my virtual server. So that was nice to come home to.

A couple of days ago I upped my stake to £20 level stakes. I checked today and saw it had placed no bets and was just showing the ‘keep alive’ message. Clearly a bug when I changed the stake so I restarted it today and it’s placed another couple of bets making me another £38 so far.

I’m going to continue to run it at £20 level stakes for now until the next update.

The bot is one of the best I’ve used. It requires no input from the user (although you have plenty of options to chose from) and you really can leave it running 24/7 to make money for you.

I have no hesitation in giving this bot an Approved rating and will continue to update on my progress with it over the next few months.

It’s been a bad month for the KIP bot, on my settings anyway.

I started with a betting bank of £1200 in July playing with £1 stakes but quickly moved to £5 stakes (level staking). I increased this to £10 stakes in August, and then £20 stakes in September, making steady profits all the time. By October my £1200 bank had increased to £2400, which is exactly £1200 profit on a bot that did everything automatically.

I increased my stakes again to £25 and then it went downhill. The last few weeks the bot has given back all my winnings, plus £500 of my original bank, which now stands at £715.

I’m not sure what size bank is recommended for this but even using a 100 point bank, that’s a big hit to take in a month.

Let’s see how it pans out for the rest of the year.

I’m going to move this bot to the Neutral section for now and do another update next month.