This is a straightforward selections service from the Winningmore stable. The service targets under/over 2.5 goals markets in worldwide leagues and runs throughout the year. They also suggest you can make extra income from backing the selections in the over 1.5 market. The selections can mount up in the high season to around 30 on some Saturdays. The selections are carefully chosen for a price/probability advantage from crunched data so that the strike rate is over 55% and the price on overs 2.0 plus and unders 1.9 plus to give an overall mathematical advantage.

Selections are available from the members website after 10am UK time and also there is an app which can be downloaded for Android phones.

A two month subscription costs £49.97 auto renewed, plus there are 6 month and twelve month discounts available.

I have now monitored this service for a tad over six months, taking in the bulk of the European soccer season, so we should have a reasonable idea of its performance. 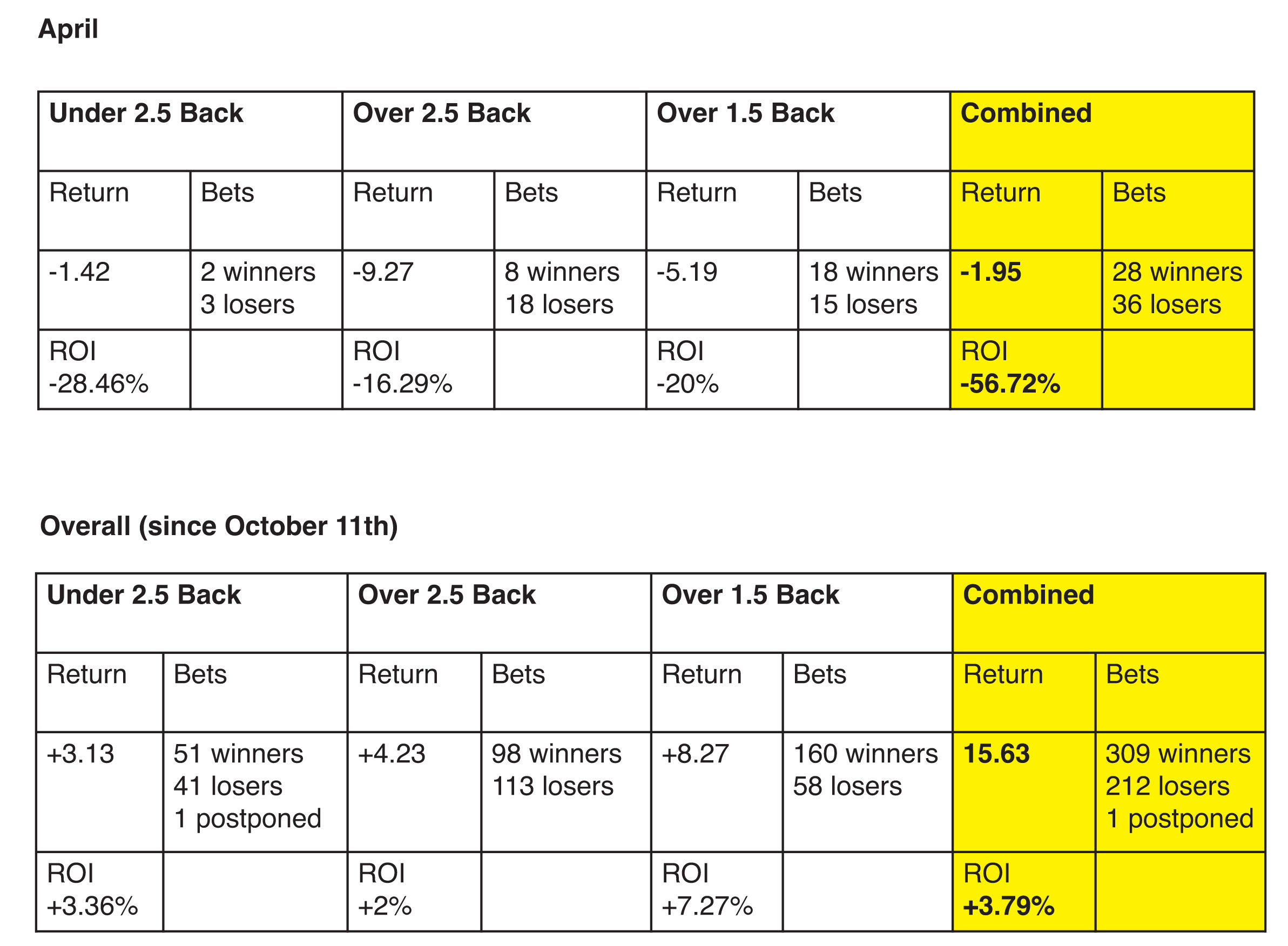 As recently as last month I was singing the praises of the slow, gentle upwards graph for the under 1.5 goals aspect. Unfortunately, the start of the month saw five straight losses which took the wind out of its sails. Overall, all three aspects were losers for April. If we look at the six month view, all three were winners, but only just. The combined return since October 11th was 15.63 points. To tenners, that’s £156 profit, but after the £150 subs it’s teetering on the break even mark. Obviously for £20 you’ve made £150, and for £100 stakes you would have made £1410. £100 stakes aren’t completely unrealistic for the average punter here, because the risk is very low. Apart from that uncomfortable losing run of 5 in the under 1.5 market, there haven’t really been any ‘toys out of the pram’ moments.

For me, this is very much a neutral rating – if you fancy some low-risk punting action on the soccer markets, give it a go.

You can try Soccer ATM here: