As I have now permanenly taken over school run duties in the mornings I will usually be unable to take trades before 9.15. However, I will still report on any qualifying trades using my method so that readers using the same method can check.

This morning there was a losing trade if you had set your stop to 35 pips which is my personal limit on any one trade: 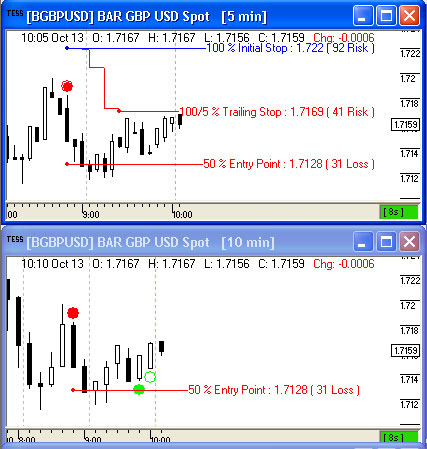 Just before 10am we got another PTP alert to buy and this time instead of waiting with my finger on the button, I placed an Order to Open at 1.7171 which was 3 pips above the TESS opening figure, as I have had numerous occasions where I tried to open the trade and I couldn’t get in at the correct level as the price had moved too quickly. By placing an order to open, however, you get in at the price you quote, as long as you have placed the order in advance of the price getting to that level. My order got placed and the market rose by 50 pips before retracing. I moved my stop locking in 40 pips profit and again, had I left it to the five bar trailing stop I would have given back the lot. 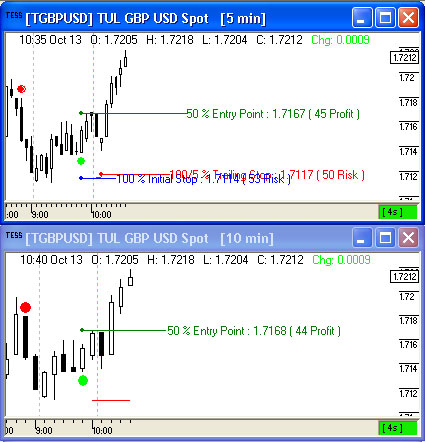