A straightforward trade for early risers this morning. A nice upward movement confirmed by a crossover and change of direction on the Stochastic indicator. It would have made around 20 pips on the 5 bar trailing stop although the trade went 71 pips into profit at one point so had I taken it I would probably have moved my stop earlier to get 40 pips or so. Far too early in the day for me though: 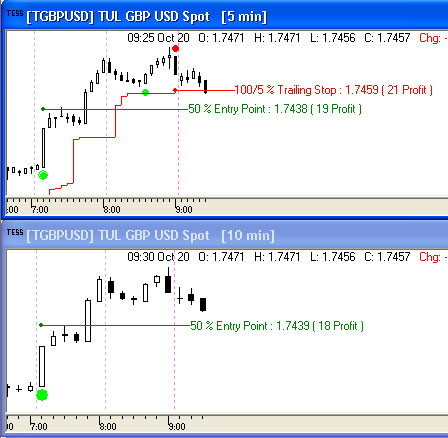 I did have a qualifying trade around 10.20 but got stopped out shortly after moving my stop to breakeven: 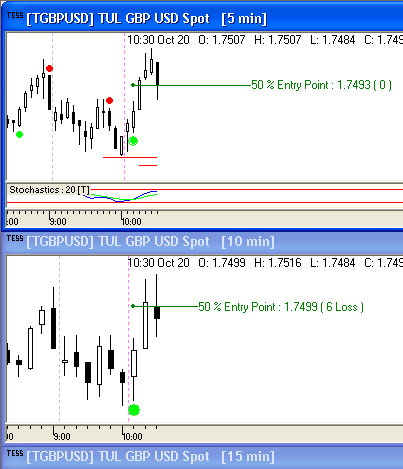 Around 11.30 I took another trade on the 10 and 15 minute charts which netted 40 pips profit. Yes, I know this is outside the primary trading times, but I was home and the computer was on so I saw no reason not to take it: 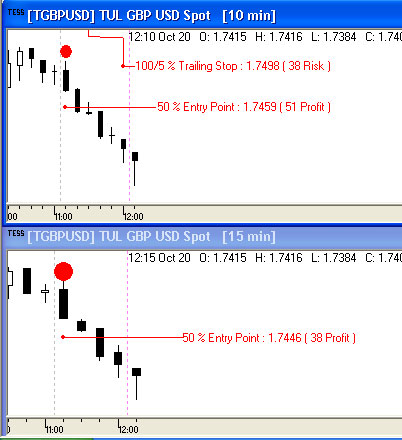 And I got another 110 pips this afternoon making it a great day all in all: 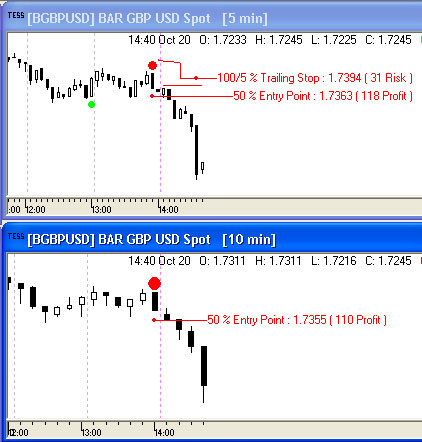