I had no trades on Thursday but if I had been trading around 11.30 I could have got a rather nice one. I didn’t take it because it was too close to a news release at 12.00 but as you can see, the news release actually moved the market significantly in my favour and I reckon I could have pulled 130 pips out of this one. Having said that, it did move extremely quickly so it’s difficult to judge whether my trade would have been closed out at the correct point or not. I suppose I could have gone for a guaranteed stop but even then, I’ve noticed it takes some time to confirm that you’ve moved your stop when the market is moving quickly: 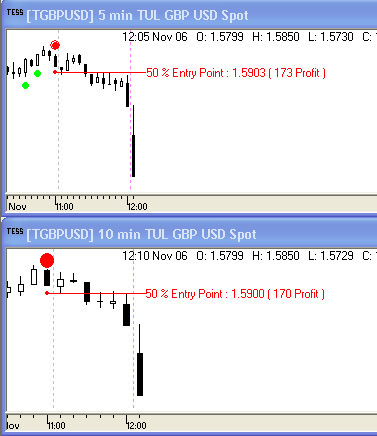