I wasn’t available to trade at all today so I’ve looked back though to see what I would have got.

Just after 10am there was a breakeven trade opening at 1.5583. It went to 1.5562 so I would have been able to move my stop to breakeven assuming it didn’t move too quickly: 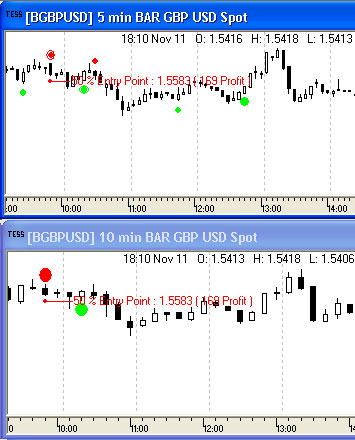 The was a losing long trade immediately after this but it’s doubtful whether I would have had time to get on this one.

There was another short trade ten minutes later though entering at 1.5558 and going to 1.5505 so assuming a 30 pip distance kept by the stop this would have been a profit of around 20 pips: 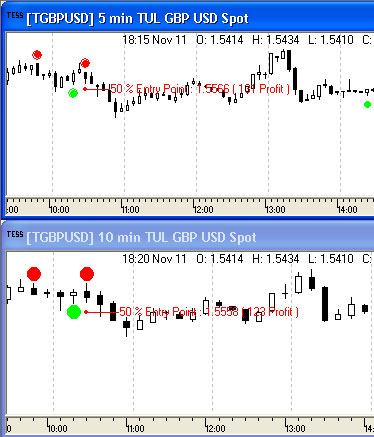