Apparantly there was a great trade just after 3pm yesterday netting 70 pips profit, but I finish at 3pm. Can’t win them all.

10 pips profit on the EURUSD this morning: 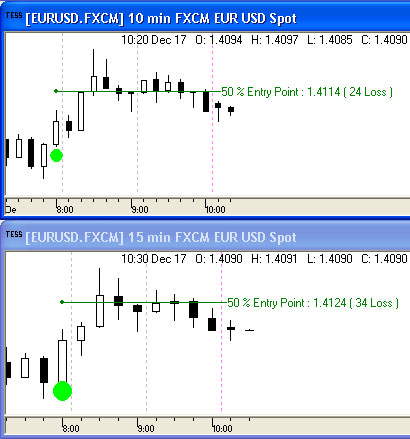 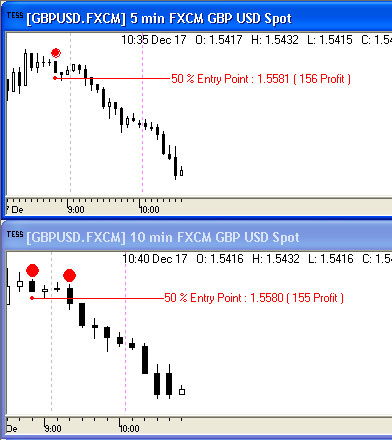 Now, I normally wouldn’t trade anymore after such a big win but just before noon another trade lined up. I set an order to open at 15409 and went back to answering e-mails. As I was just about to check if the trade had run out I heard a bong and in fact the trade went live, but the 5 minute PTP had just disappeared making it an unqualified trade with my method. I grimaced as the trade went into minus figures but it soon moved into profit just enough for me to take it to break even. I thought I might as well let it run at this point and boy am I glad I did… another 100 pips profit on the day, brilliant: 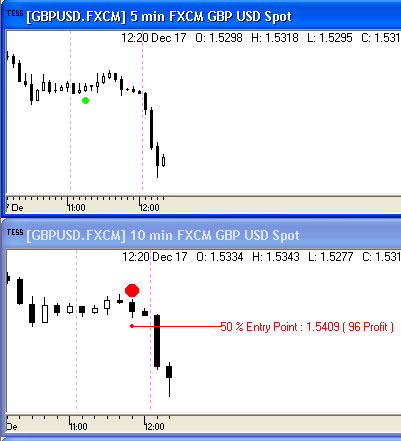 I’m quitting for the day now as I’ve made up for a poor two weeks in one day.