I got 20 pips this morning on the GBPUSD. I actually moved my stop a bit quicker than normal today as this was just after a medium impact news item on the GBP so I wanted to keep it a bit tighter in case it reversed, which in this case it did. Initially I thought I had been stopped out too early but luckily for me, this was a good thing. I used a 10 pip initial stop too: 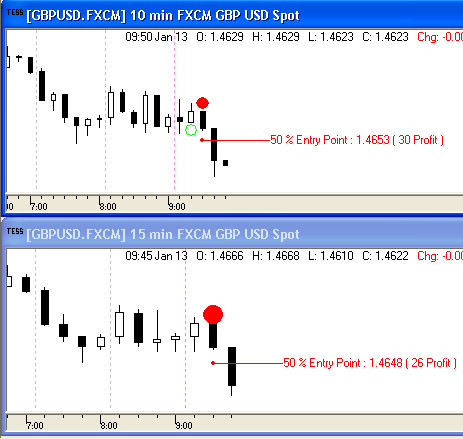 No luck second time around though when practically the same trade set itself up again resulting in a 10 pip loss: 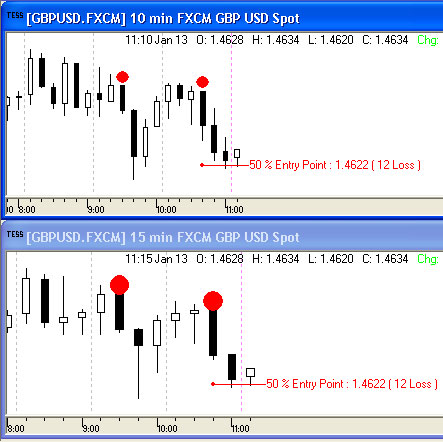 Fortunately the 10 pip initial stop saved me from a 25 pip loss on this one.