I didn’t spot a losing trade on the 5/15 minute EURUSD charts at around 7.45 yesterday morning, apologies for that, and thanks to those that let me know… can’t get away with anything around here!

Busy day today. This morning there were a couple of trades and again I can only estimate the profits as I didn’t trade them. On the GBPUSD there was a trade around 8.30 which looks like a break even: 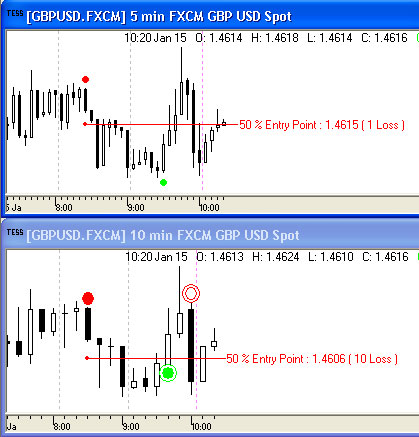 And just after 7am on the EURUSD there looks to have been another break even: 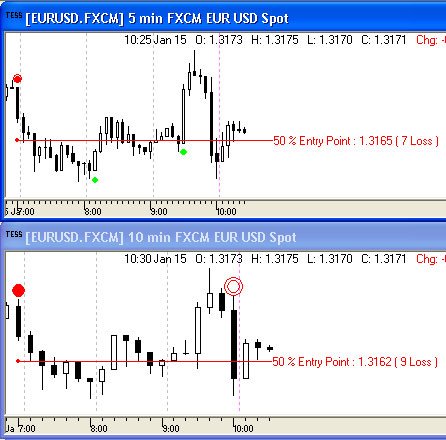 I missed another couple of trades just before the 1pm session. One trade on the GBPUSD which again may be break even but it looks to have been a very fast moving trade so it’s difficult to tell whether the stop could have been moved in time: 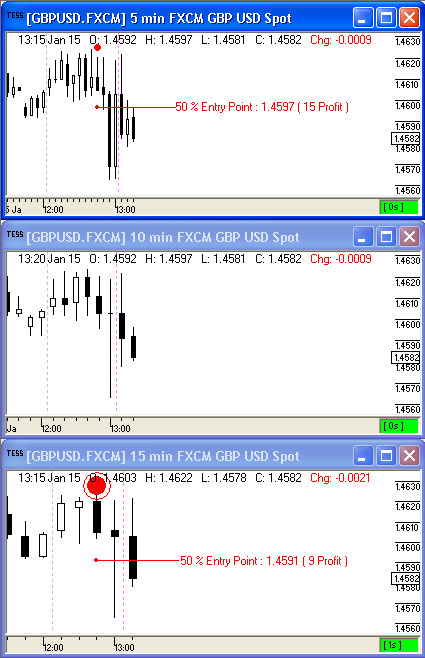 The other was on the EURUSD at around 12.45 which appears to have been a loser: 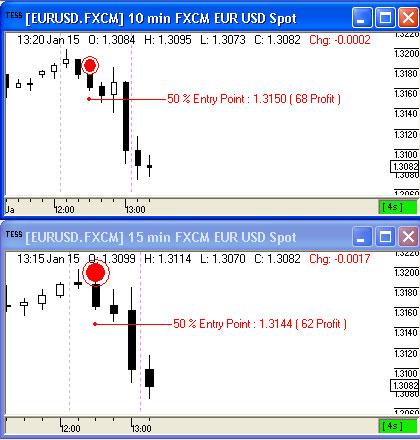 I did get on a trade at 1.45 which lost my 10 pips before I even had a chance to open my stop ticket: 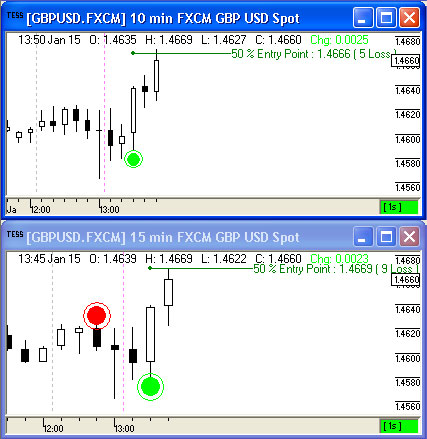 I then had a break even trade at 2.35pm on the GBPUSD. The market had already moved loads and it seemed to me that it could be petering out so I moved my stop to break even pretty much as soon as I was able. In fact it wouldn’t let me on the first two attempts. It went about £100 into profit then quickly retraced to stop me out, then knocked about the entry point for five minutes or so: 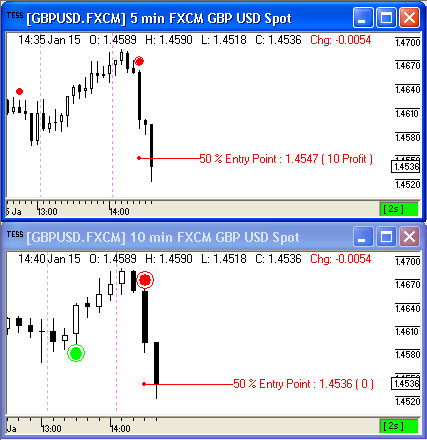 I quit for the day after this. There’s been a lot of sidweays movement so I’ll take my ten pip loss and call it a day. Besides there’s a news item on the USD at 3pm so it’s not a good idea to trade anyway.