There was a trade just before 1pm today that I missed and it’s a tricky one to judge how it would have gone. Some people may have gone in at 1.2940 as there were PTPs on the 5 and 15 minute charts at this point, but I personally would have said the 15 minute PTP came too late to qualify with the 5 minute chart although it’s difficult to be certain without seeing it live. It then qualified on the 15 minute and 10 minute charts with an entry point of 1.2928 and this one retraced a little before heading into profit so it could have been a break even trade or possibly even a loser if using a 10 pip stop: 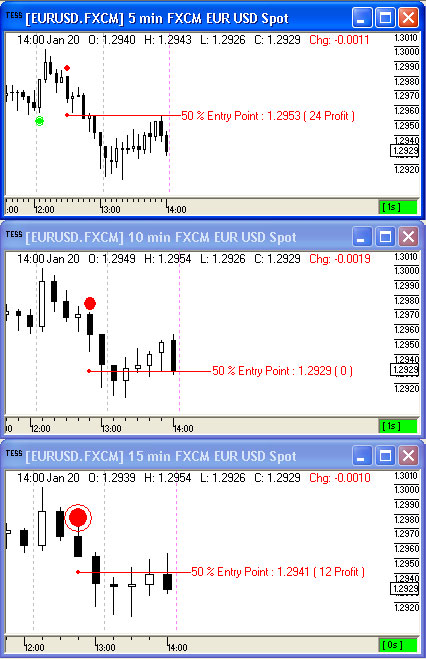 In an effort to find some trades I loaded up the EURGBP charts as well and got a trade just before 2pm. This ended fairly quickly at break even for me: 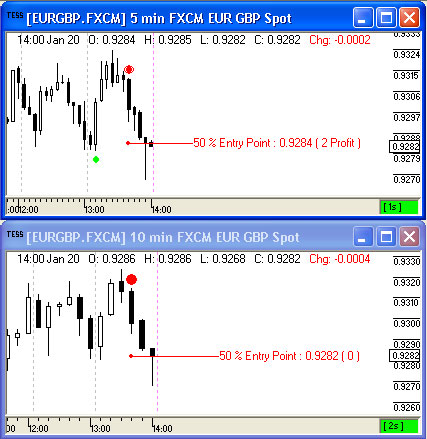