I had a losing trade just after 11am on the EURUSD. Unfortunately the 10 pip stop caught me out as a slightly bigger stop would have led to a profitable trade: 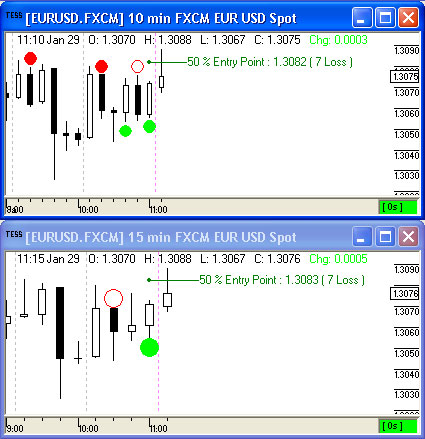 And another losing trade around 2pm on EURUSD, this time the 10 pip stop saved me from a bigger loss: 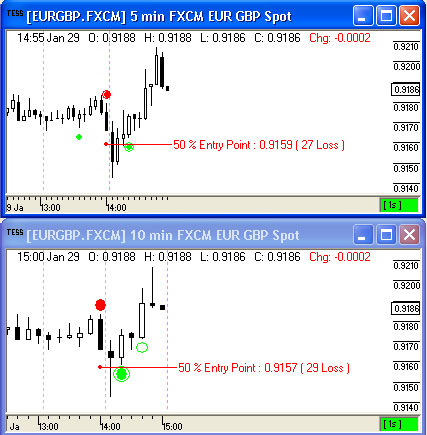 And finally 10 pips profit just before 3 this afternoon: 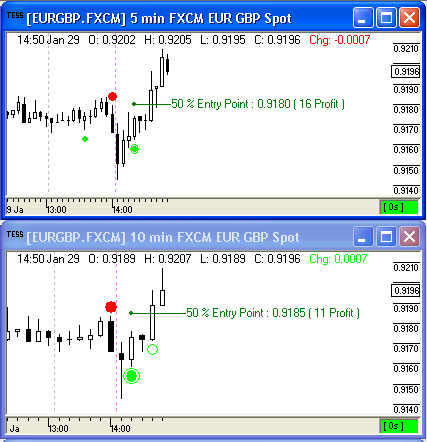 EDIT: I’ve had a couple of e-mails since this post from people telling me they had a trade on the GBPUSD at around 1.45 which made 44-50 pips profit. Unfortunately, although I had the PTP on the 5 minute chart, I didn’t get one on the 10 minute as these guys did. Bugger. It’s strange how people running the same software, with the same settings, using the same feed, occassionally get different signals. I can only assume it’s something to do with our locations causing very slight differences in the speed of the feed which might affect the calculations.. or that could be total garbage, who knows?

I could have done with that 50 pips as this month has been a bit of a wash out for me. No great loss but no great profit either.