Straightforward 18 pip losing trade on the EUR/USD this morning with my normal settings which I’m logging in my results although I didn’t personally take the trade as I wasn’t awake! There was also a signal to trade during the news release at 1.30 that obviously we wouldn’t have got involved with. 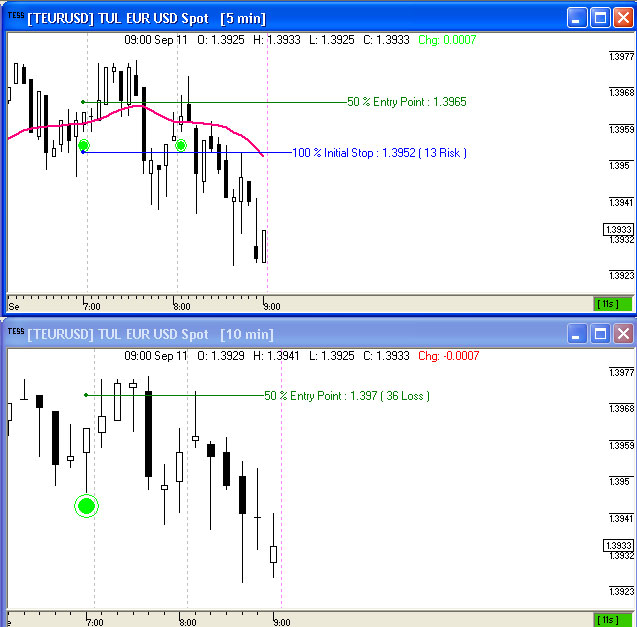 I had an e-mail from Jason with a money management technique that might be of interest to some. He recommended a compromise between scalping and a longer term trade:

“closing 70% – 80% of ones trade at 15 pips profit and letting the rest ride until stopped out by the trailing stop might also be quite useful and profitable.

I guess the draw back to this might be that you must be using at least a £10 stake to make it work out nicely.

All the same I think the most important aspect is to have a setting that is consistent and delivers which I believe your setting does.”

When I did the Insider Signal course a few years ago this was also their advice. It would certainly lock in profits on most trades and still make extra profits if the trade continues to perform although the trade off is that you still have to sit there moving your stop, possibly for a few hours, but for a fifth of the profit you would have normally made. Swings and roundabouts again.