Looking back at yesterdays chart shows a massive movement of around 270 pips just after I had finished for the day, yet this morning we were back to yesterday mornings sine wave effect, bouncing up and down sideways. Again, luckily for me being on breakfast and school run duties this week I missed some terrible trading. Around 7.30 there was a maximum loss again which would have been 35 pips, with a complete reversal on the Barclays feed. 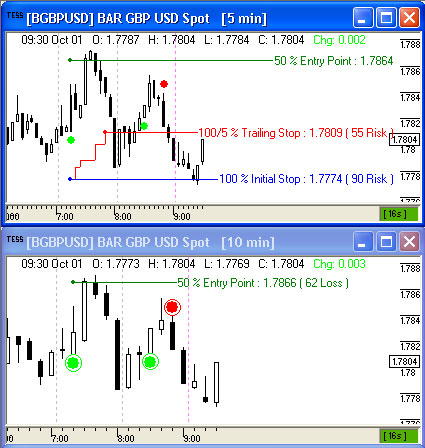 And, just like yesterday, another losing trade an hour later costing 31 pips. Plus, if you were quick, you could have got in after just losing your shirt on that trade, to another losing trade going short, although I suspect as it went 30 pips into profit at one point I would have moved my stop to breakeven or even taken some profit to make up for the last loser. 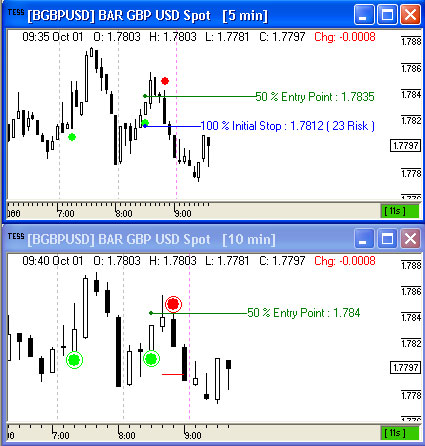 Now we had an interesting situation with this afternoons trading. There was a high impact news item at 1.15 so I couldn’t enter any trade prior to this but a trade did qualify around 1pm on the 10 and 15 minute charts on the tullet feed. So I waited until 1.20 to see what would happen with the trade and pondered whether it would be ok to join in after this time if the price had gone back to the original entry point. I have entered trades like this before when I’ve missed the start but never with a news item in between so I wasn’t entirely sure what to do. In the end I decided to leave it alone. Typically, it did retrace back to the entry point and went on to make 100+ pips profit. Ho hum. Well I missed the losing trades today so I suppose it’s only fair that miss the winners too. I’m not gutted… honest! 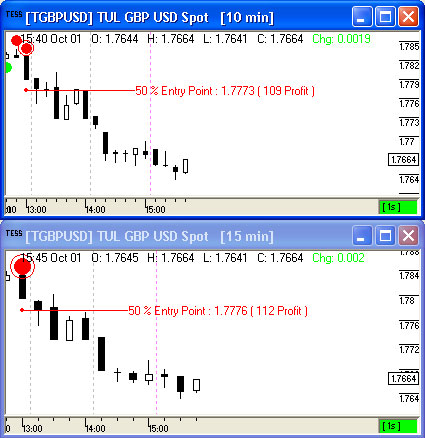