A nice easy trade this morning for early risers. I wasn’t available to trade this early on but I could have had 24 pips on the trailing stop or I could have easily locked in 50 pips as it went to 70+ pips profit by just after 8am. 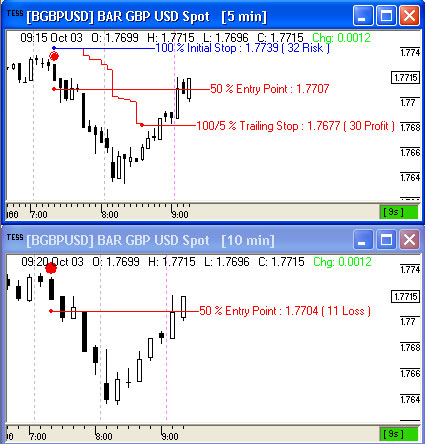 Irritatingly I did get on a trade just after 11am which cost me my maximum 35 pips before shooting right back down just after taking me out.

This afternoon we had a non-farm payroll announcement at 1.30 which is usually a bit of a market mover. It did indeed jump up and down dramatically and no doubt would have taken out anyone that was trading at the time. I got another signal off of this to enter short at 1.7608 which was a good 100 pips below the current price. I decided not to enter this trade simply because it had already moved by a huge amount before we could even get in. As it turns out, the price moved so quickly that I doubt that I would have had my trade accepted. It went 50 pips into profit and then retraced back and beyond the original entry point. I did consider going in on the retracement but the movement up seemed as strong as the movement down and I was right not to risk it because it went 50 pips or so the other way too. All in all, it would have been a great day for scalpers with a crystal ball but far too choppy for me. 32 pips profit on  the week. Not great but still a profit. 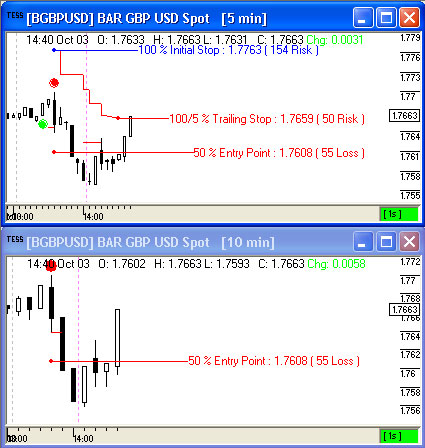