Early risers would possibly have enjoyed a 120 pip winning trade using my method this morning if trailing their stop by 30 pips behind the market. This was too early for me unfortunately so I missed it. Shame because £1200 before breakfast on a Monday morning is a great way to start the week. I say ‘possibly’ because although the dots line up, the 10 minute PTP looks to have appeared slightly earlier than the 5 minute meaning that unusually the entry point on the 5 minute chart was further away than the 10 minute. It’s normally the other way around. Not having traded it live I’m unable to tell how long it took for the two PTPs to appear. As a general rule they need to appear around about the same time, so within 5 minutes or so. They line up almost exactly though so I think it would have been a valid trade: 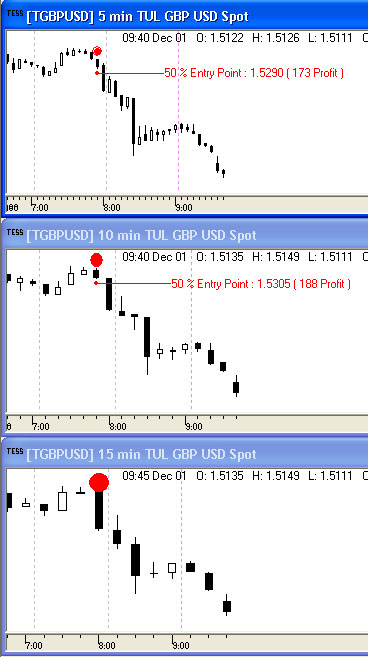 I did manage a straightforward 109 pips profit this afternoon on the 5/10 minute Barclays feed, so I can’t complain: 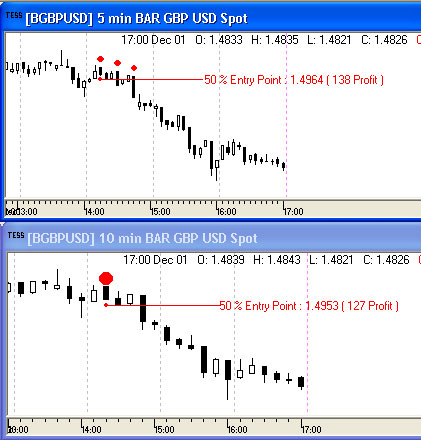