There looks to have been a losing trade just before 8am this morning on the GBPUSD that went 10 pips into profit before completely retracing. Then shortly afterwards possibly an excellent trade although without actually having traded it myself it’s difficult to tell. It looks like a straightforward winner and possibly of around 80 pips depending on how the stops were moved during the trade: 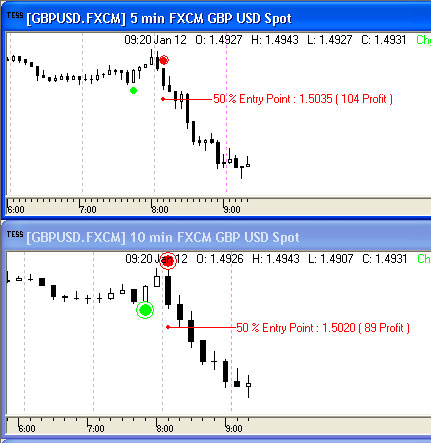 (Edit: I’ve just been informed that using a 25 pip stop, this trade would have been stopped out at a loss, but a 35 pip stop would have been a winner, but then there was also some trouble with the data feed this morning so I suspect different people will have different results.)

There was also an easy 20-30 pips profit on the EURUSD at the same time: 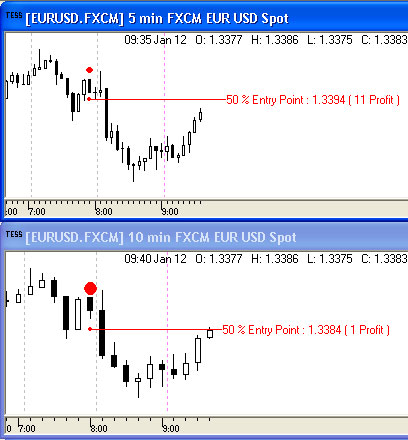 The was another trade around midday which I missed and again it’s difficult to tell from looking at the chart how it would have played. If the order got filled at 1.4971 then a 25 pip stop would have sufficed and a nice profit of around 50 pips could have been made: 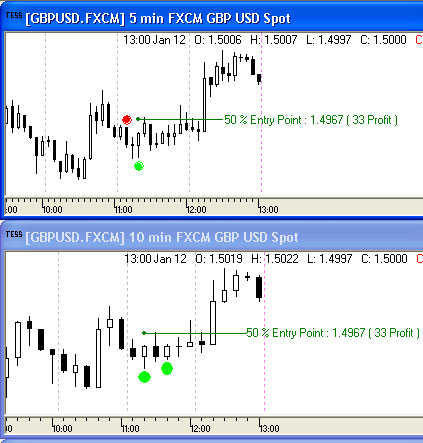 I did get on a trade around 1.15 on the EURUSD. However, this week I have decided to try a 10 pip stop loss just to see how it would go and I got stopped out at 10 pips loss: 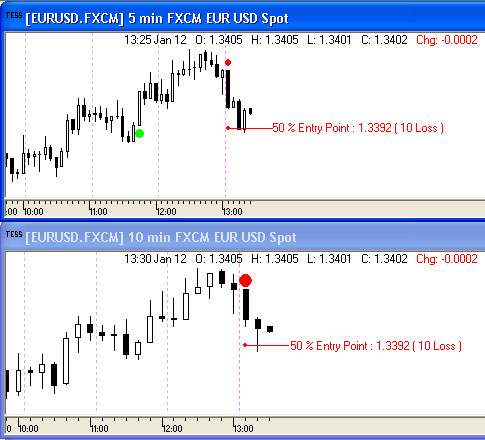 It turns out that, as we’ve seen before, this trade stalled anyway. So even a 25 pip stop would have seen this trade end at break even.