10 pips profit on the EURGBP this morning: 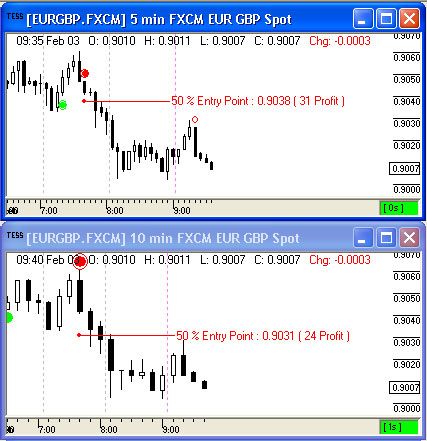 Followed by a break even on the EURUSD: 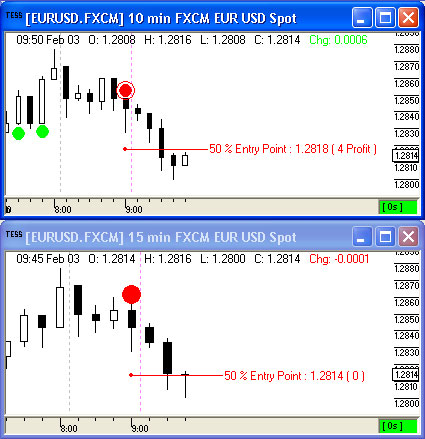 I decided to try out the IG Index trailing stop this morning. I entered the trade with an Order to Open, then double clicked on the Stop where you can then enter details for the trailing stop. I moved my stop to break even first (when the trade got to about 15 pips profit) then I opened the stop ticket again and set it to trail the market by 15 pips and move the stop in increments of 5. It’s great, you don’t have to do anything. The stop changes by itself as the trade progresses. Thinking about it, if I’m trailing the market by 15 pips, I can probably just set the trailing stop right from the start. I’ll go with these settings for now and see how I get on.

My first attempt went well with a profit of 15 pips on the EURGBP this morning: 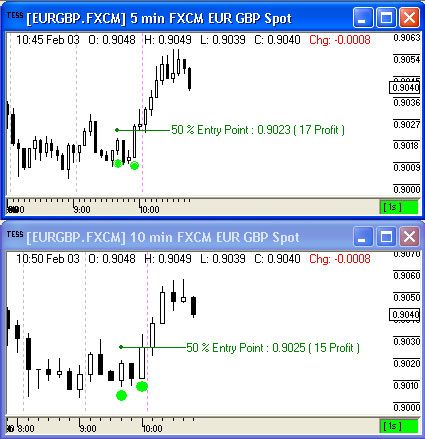 Then a losing trade on the same around midday: 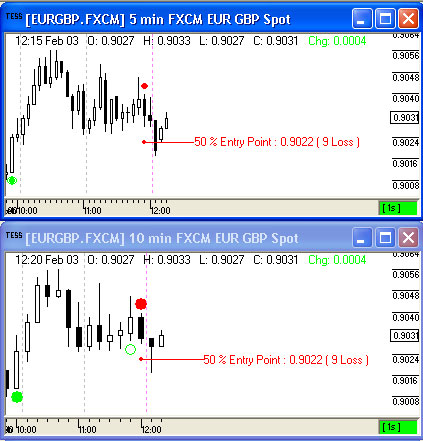 There was a big trade on the GBPUSD around 2.30 but the difference in the charts was 18 pips and I set myself a limit of 15 so I didn’t take it. Shame as it took around 60 pips. I know some people have a max limit of 20 pips between open prices so they would have been happy with this one.