Well a poor week for me this week, not helped at all by the fact my staking levels have been inconsistent due to the £10 minimum stake requirement on US Tech:

I had a comment from a reader asking why I don’t open a position at £10 then immediately open another in the opposite direction for £7 thus having an aggregate of £3. I asked Adam about this and he said:

“In regard to trading at £10 then closing £7 straight away you would instantly eat into profits due to the spread.

So you open @ £10 and the spread during open hours is 1 point. You close £7 straight away and assuming your really quick and price hasn’t moved you’ve instantly lost £7. It’s not a lot in the grand scheme of things and for people struggling to trade with the higher balance could be an option. It would be easy to plug that into the spreadsheet to show how it would have affected results. But you have to take into consideration that if the price has moved say 3 points by the time you close your £7 you will now be down 3x£7 = £21 instantly. That means on your £3 trade left you have to make 7 points just to break even.”

Here are my results from the beginning up to, and including Wednesday this week, showing the results had I been betting to level stakes:

This shows that even with a dismal week included, I would have still made a healthy profit had I been using level stakes.

I asked Adam about last week’s results and this was his response:

“This past week (15th – 19th September) has seen some of the most difficult and unpredictable trading I have seen for a long time. This is in part due to the following factors, which very rarely occur let alone fall within a 1 week period.

1. On Wednesday the US Federal Reserve bank held a meeting to discuss a number of things including: Current interest rates, future interest rates, the end of Quantitive Easing. These decisions have a massive impact on the markets both in the build-up, during and after the meeting. It was decided that current interest rates would be kept as they are for a ‘considerable time’ and than QE will end in October meaning the Fed will no longer be pumping billions of dollars into the economy every month.

2. The Scottish independence vote. This had a profound effect on both the indices and currency market for a number of reasons: If it was a yes vote then the GBP would plummet due to the uncertainty of the new Scottish currency, and the EUR would have risen as this would be the most likely replacement. The FTSE moved massively as it is made up of several large Scottish companies that both dropped and rose in value over the week due to the uncertainty. Several preliminary phone polls where conducted throughout the week which all showed different outcomes for the vote, and as each were released the market moved accordingly whipsawing a lot of trades.

3. This week an unofficial rumour from the Chinese Central Bank revealed that they had made around $80 billion available in additional liquidit
y for their large banks. This was an un-planned announcement which caused huge unexpected moves in the market to the upside. Only this morning did the rumour become official!

4. Today is a quadruple witching day that only occurs 4 times a year. It refers to index futures, index options, stock futures and stock options expiring on the same day. Couple this with it being an ex-divident day, the increase in volatility makes it quite hard to trade.

As you can see the above factors have caused wild swings in the markets, sometimes extremely quickly and with no warning which has caught me out resulting in a very rare losing week. I have no doubt that next week the markets will settle and I will be back trading successfully.

On their own each of these individual events (apart from the Chinese bank as it was unplanned) could be dealt with. However it is almost a once in a lift time week to have them accumulate together and the increased volatility went against me. It could easily have been the best trading week of my life but it is easy to look back at weeks and cherry pick when I should trade and when I shouldn’t. Having done this as a full time profession for a number of years you almost become complacent that you can deal with all the markets throw at you, but it’s clear to see that even professionals have bad weeks. “

I have made a decision based on my experience over the last two weeks, that the only fair way to conduct this trial is to do it at level stakes. I’m also confident that Adam really does know his stuff and so I have deposited £10k into my IG Index account and will be trading at £10 a pip from Monday. 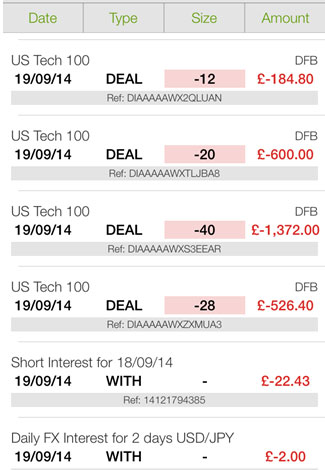 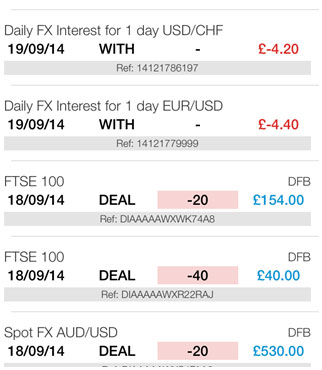 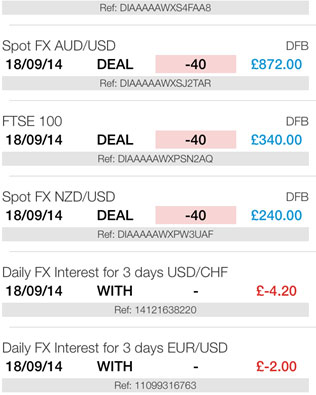